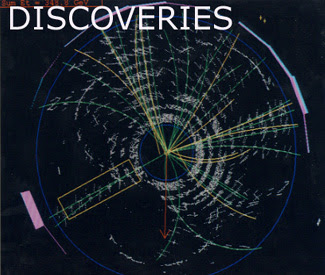 As a film buff, it is essential that I continue to deepen my experience of film, not only recent film, but great films of the past.  I am constantly learning things about film, and experiencing new genres, new directors and new cinematic ideas.  Below aren't my favorites of last year, but my important discoveries of cinema this last year.


Lost Highway —  If David Lynch ever made a proper horror film, it might be one of the most frightening films ever.  He works so hard to give what we don’t expect, to make us uncomfortable.  To films a shot just a little too long, to film an empty room before the action starts, to just undermine our assumptions to how film should work.   This is certainly one of his best, both disturbing and powerful.

The Umbrellas of Cherbourg— A bittersweet, beautiful opera.

Nightmare Alley- This is the film I will point to when I want to tell people what noir is like.

Literary Film—Last year, I watched Bright Star, which explored poetry in a very cinematic manner, and this year I watched The Hours and Wit, which explores their literary pursuits in unique but fully cinematic ways.  I discovered that I love this approach to literature, not a scene-for-scene or word-for-word reproduction, but a unique artistic take on the art.  All three of these films have a unique perspective on their artists, but they also have an artistic quality themselves.  I will seek out more films like these.

A Star is Born—Really, this is my discovery of the amazing talent of Judy Garland.  Sure, I’ve seen The Wizard of Oz dozens of times, but in this film my eyes were opened to her powerful presence and acting.

The Selfish Giant (2013)—This is my favorite film of this year.  A powerful story, I found myself uncontrollably weeping at it, despite the fact that the film is honest and unmanipulative as they come.

Freaks—Not a horror film, but a brilliant ensemble piece with a powerful cast.

Hellzapoppin—This wouldn’t make my top 100, but the freshness of the comedy and the variety of the amazing talent left me with my mouth open.

Come and See —  A gut-wrenching war film, which really tears apart any idea of the glory of war.

Andrei Rublev — Finally, I understand why Tarkovsky is hailed as a master.  All of his films are intellectually powerful, but this is the first film of his that didn’t bore or confuse me unnecessarily.  Instead, this is a brilliant picture of a long ago age that isn’t so terribly unlike our own.

Hitchcock—This year I watched a number of his films that aren’t usually included in the top five lists: Rebecca, I Confess and It Takes a Thief.  I discovered something: Hitchcock really is a great director.  I couldn’t see it in tearing apart his “great” films.  But I can in simply enjoying his “second tier” films.  Every film is unique and interesting and powerful in their own way.  I can finally honestly list him as one of my favorite directors.

Eyes Without a Face — What a creepy, wonderful film.

Howard Hawk’s Westerns— This year I discovered the “companion” westerns of Howard Hawks, where the center of the film is the relationship of the men.  Not much has to happen, such as in El Dorado, but it is the characters interacting that the real entertainment lies.  My favorite was Red River, which had an important female companion as well.

Posted by Steve Kimes at 9:55 PM No comments: