War movies are spotty.  It seems to be their nature.  There is only one war movie I can say that I enjoyed pretty much all of it (Apocalypse Now), but most of the rest of them have aspects which are wonderful, but the film as a whole doesn’t quite work.  And war movies should work.  There is heightened drama, high stakes, danger at every turn, and lots of opportunity for powerful performances.  It seems that perhaps most war films assume that the audience is involved in the heightened drama as well, or that an excellent beginning will woo the audience into buying the rest of the film.  But it never worked that way for me.  I can be wooed by beauty, by a great performance, even by a score that is emotionally resonant, but the drama of war doesn’t do it for me itself.  It needs something else.

I’ve gone so far as to make a list of scenes that I could put together to make the greatest war movie in the world.  If we could just put them together, it’d be magnificent.  Well, maybe not, but that’s my dream.

The opening dialogue from Inglourious Basterds 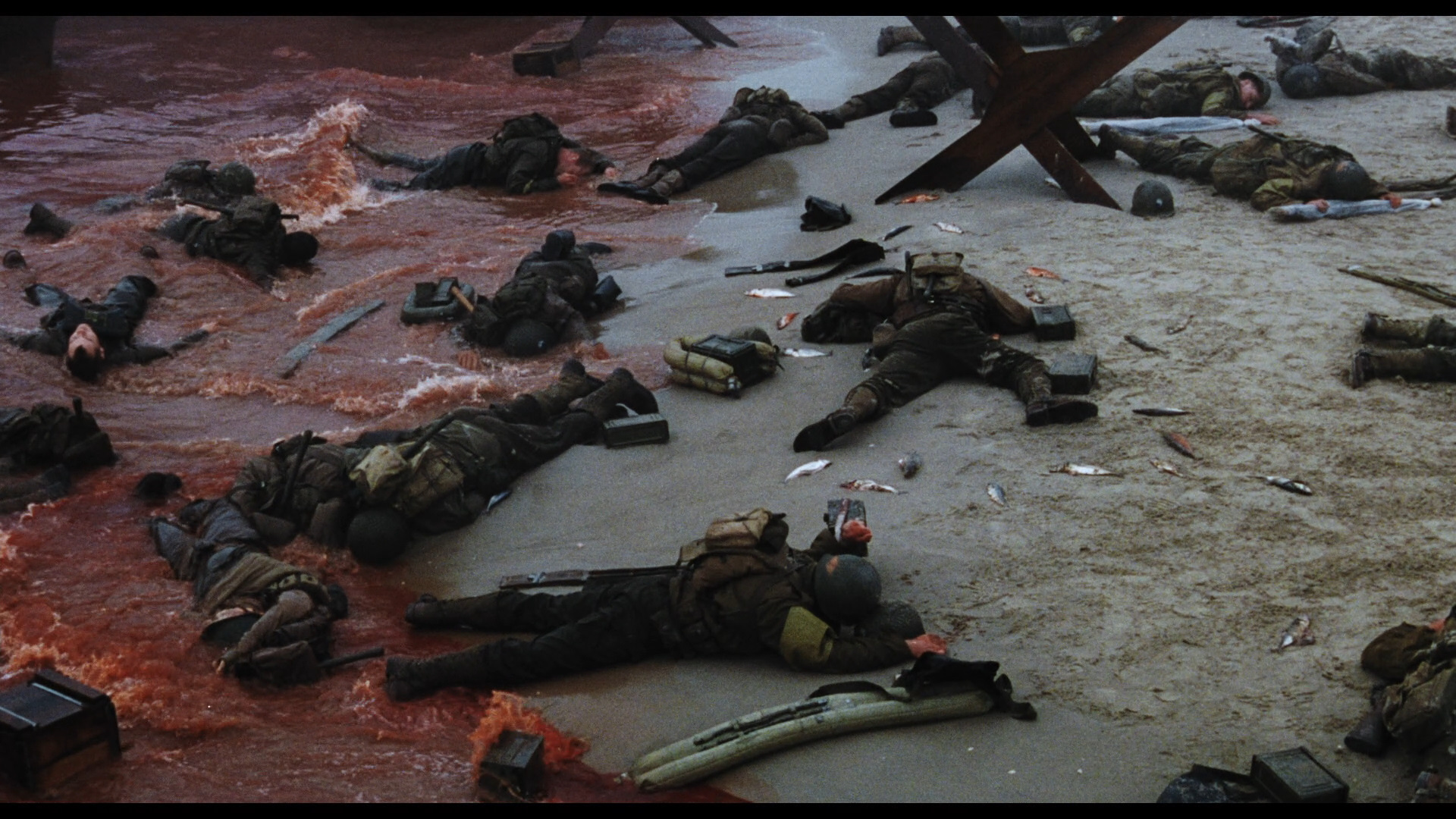 Surfing from Apocalypse Now  (can you imagine this right after the sequence of SPR?  Talk about an increase of tension)

The President and his staff consider dropping the bomb: Combination of 13 Days and Dr. Strangelove (don’t ask me how to work that out, I’m not a screenwriter) 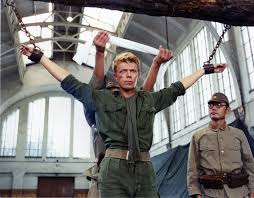 Peace and a concert between enemies from Joyeux Noel 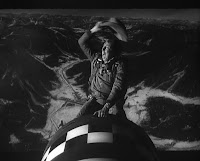 And finally: Ending it all with dropping the bomb from Dr. Strangelove and blowing up the world from Escape From Planet of the Apes (because I want my film to be the final word in war movies).

(In the comments, I invite you to post your favorite war scene that you’d like to see in the greatest war movie ever)

Ah, that’s a great war film.  It covers a variety of aspects of war, sees how it all works together, brings great flimmaking, deep emotional drama,  intense action, comedic elements and a bit of a dig at war all in one film.  But who could make a film like that?  Who could make it interesting?  And who would be able to keep all these different elements from contradicting one another to make a coherent film out of a mess of themes?

Of course, Stephen Spielberg.   Or at least Spielberg back in the day.  The Spielberg who made Close Encounters or Raiders of the Lost Ark, he could do it.  Saving Private Ryan had a great opening sequence, but it didn’t carry that intensity throughout the rest of the film.  But if Spielberg was at the top of his game, he could do it.

Honestly, I had thought that the best Spielberg moves were behind us.  I will always appreciate his early masterpieces, but even A.I.: Artificial Intelligence, which I love, was admittedly mixed in tone and theme.  Schindler’s List was the final great Spielberg film, and although it takes place at war time, it isn’t really a war film, but a Holocaust film, which I consider to be a different animal.  But War Horse proved all my assumptions wrong.

War Horse is that perfect war movie. It can carry different emotions and different themes because instead of telling the story of one soldier, or one troop,  or the story behind a war, it uses a horse as a means to carry us from one aspect of World War I to another.  Although I might be overly praising Spielberg in this review, at least equal credit should be given to the screenwriters, Richard Curtis and Lee Hall, who took a book and magnificently brought a complex story to the screen, so that the group of children I saw the film with were in turns enraptured and shocked, both silenced and unable to stop talking about what was happening on the screen.

Wait, did I say children?  At a war movie?  Yes, children.  There are some intense sequences in the film, and a young child wouldn’t understand what was going on, but a ten year old and up would be entranced by this marvelous film.  I brought my eleven year old daughter to it, and while she was disappointed by the absence of blood, she loved the cinematography and the story almost brought her to tears.  Almost.

I had no such option as being simply “dusty eyed”.  No, the tears rolled freely down my face as the final set of sequences occurred.  In fact, I would say that the final half hour of this film is probably the most moving cinematic experience I’ve had with a 2011 film.  No, War Horse isn’t going to be my favorite film of the year.  But if it were a less magnificent year in film, it certainly would be.

Did I cry because it was manipulative?  Oh, yeah, it manipulated me.  In the same magical way Close Encounters does or Schindler’s List.  It wasn’t cheap sentiment.  It earned it.  It gave me time to feel for the characters, even a couple horses, and the final sequences gave me a couple surprises I didn’t expect.  My daughter said, “I knew it would end like that” and I gave her a list of the things we couldn’t expect, and she agreed.   Yes, sentiment wins the day, but why not?

It is a rare animal (so to speak) to have a war film that determines to show the good in every man instead of the evil.  And isn’t it true that in war the altruistic and  compassion could be seen as well as the evil monster that lurks in the human breast?  I wish that we would have more films about saints and not just monsters.  Why can’t we have heroes that sacrifice themselves dramatically as well as those who blow other people up?  War Horse shows us that it is possible to have an immensely entertaining and satisfying film about persistence and charity and generosity and even friendship between enemies.  Because of the short story nature of the film, it could give more opportunity to this side of humanity than otherwise could be done.  We have a scene in no man’s land that reflects the true story behind the film Joyeux Noel, another that borrows some of the intensity of Saving Private Ryan,  camradarie between officers that reminded me strongly of another great war film, The Life and Death of Colonel Blimp.  But we also have an amazingly emotional scene having little to do with war for the first half hour of the film that is a story or rural England and daily struggle between the classes.

What more can I say about the film? So much more.  I find, for myself, that it is the great movies I can’t stop talking about, and the poor films I have difficulty to say anything at all about.  And I could write pages about War Horse.  But it wouldn’t be fair to do an analysis of this film.  It is all there, and any child could appreciate this film.  I could write an essay on class struggle in the film, on the unique perspective of the “enemy” troops,  on the moral message.  But I couldn’t write it near as well as it is simply presented in the film.

Just go watch it.  In the theatre.  Bring your kids ten and up.  And bring a hanky.