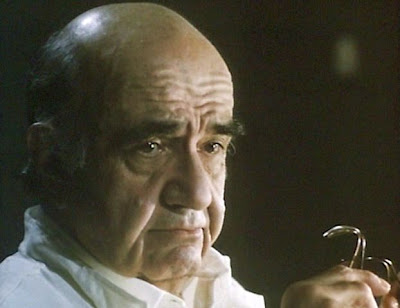 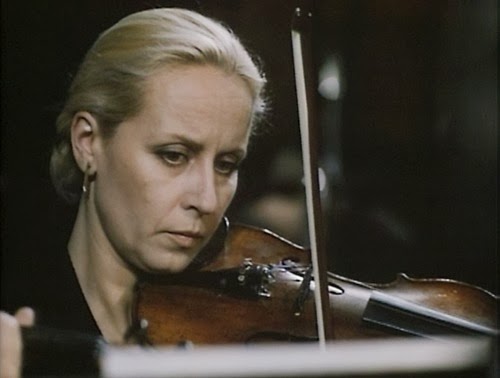 Finally, the image of the bug crawling out of the dirty water to live another day.  Okay, Kieslowski says that he doesn’t have allegories, that things just happen.  Right, sure.  As if the bug doesn’t represent the man getting better on his own, crawling out of the disease, despite him receiving no help from anyone.   Sure you don’t use allegory.
Posted by Steve Kimes at 4:27 PM No comments:

Dekalog 1: "You Shall Have No Other Gods Before Me"

The Dekalog, a Polish TV series by famous film director Krzysztof Kieslowski, is an odd duck.  It is ten hours with ten stories, focused on different characters.  But sometimes a character in one story will show up in another, and a sad-faced young man often appears throughout the series.  All ten take place in the same set of apartment buildings in Poland.  The depth of writing is a norm for Kieslowski, dealing strictly with the practical, but the stories have deep philosophical and moral questions, which are left as questions.  It is quite possibly the most significant TV series ever made.

One might think that the ten stories have to do with the ten commandments in the title, but they don’t firmly rest on one story or another.  Although they could be understood relating to a particular commandment, more often than not they question the idea of commandments with moral quandaries that don’t give us clear answers.  Yet there are such immense value in the questions, in the stories we are presented, we become richer people just by considering each item in the set. 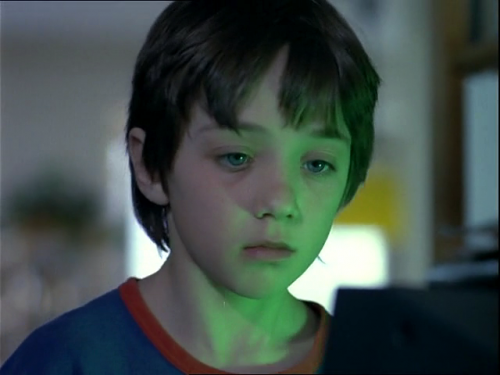 Dekalog 1
“You shall have no other gods before me.”

We see scenes of a great dad raising his kid with the help of his sister.  The kid is borderline genius and is joyful about almost everything in his life, chess, his computer, feeding pigeons crumbs.  The only disagreement between dad and aunt is a matter of faith.  She believes in God, the soul, the church, and dad doesn’t.  But they work it out.  If Pavel wants religious education, that’s fine with dad.  When dad says something is true, aunt doesn’t disagree with him.

Underlying all of this is the question of knowledge v. faith.  Everyone: dad, aunt, the computer all admit that there are realms in which they do not have knowledge.  The government official displays a distinct lack of knowledge about the milk he is providing free for schoolkids.  Dad’s “faith” is in knowledge, the fact that truth can be measured and determined, and if it cannot be measured, then it cannot be known or believed in. 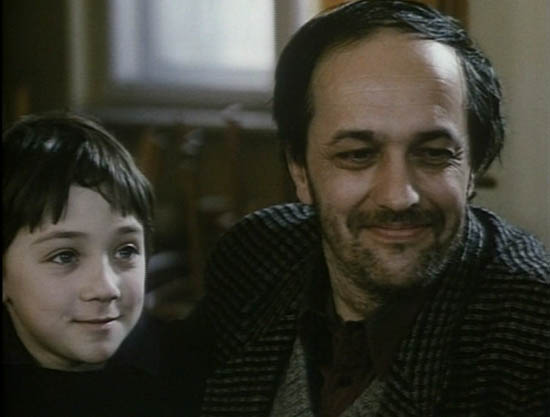 Yet, in the end, we are shown that no matter how careful we are in knowledge, we cannot depend on it. There is a range of knowledge, but we are limited as to how much we can trust that it is true.

There is a place for faith.  Faith may or may not express truth, but it can help us appreciate and embrace mystery, the realm where our minds cannot go.  It creates community to help us when we cannot express our emotion.  And it helps us meet the broader universe, who is honestly concerned with our crises and tragedies.  Religion is the realm of the in-between, the unknowable but real.

Is there a “god” replacing the real “God” in this film?  It is not the computer, whose “I am ready” communicates service, not lordship.  The computer is in the film to illustrate how difficult it is to express our thoughts to another, working with different languages or assumptions on how the world works.  The only false “god” in this film is dad’s reason, his ability to make determinations.  He seems so wise, and to Paval, he seems to know everything.  But we see his irrationality when he is stressed, his inability to draw a conclusion when it is obvious to the rest of us.

We are weak, and we need something to fill the gaps, to help us and comfort us when we are in error.

Posted by Steve Kimes at 4:17 PM No comments: