Entertainment—A movie must keep one’s attention, the best movies are riveting.  A poor movie is usually indicated by one wondering how long we have to go until the movie is done.

The reason I rate Finding Nemo or Spinal Tap so highly is not because they have any deep message, but because they are entertainment machines, no matter how often one watches them.  On the other hand, Umberto D. is arguably a great film, but pretty dull.

Emotion—It captures the emotions, whether that emotion is anger, romance, laughter, depression.  A poor movie leaves you feeling nothing, identifying with no character or situation.
A movie can be very successful in placing one in the midst of a situation that one finds unacceptable—such as my reaction to Seven Samurai, or some people’s reaction to Grave of the Fireflies.  However, even if we dislike the situation, we have recognize the movies as great because they succeeded in stirring us emotionally.

Mystery—There is something hidden in the movie that must be dug for.  The best movies have multiple meanings, one on the surface and one not as easy to see.  A poor movie is one in which the point and ending is seen before the movie is halfway over.

A sense of mystery can go too far, if it fails in other ways, such as Eraserhead.  That film is so mysterious it doesn’t convey emotion and it’s entertainment value is limited.  It is a great movie to analyze, though.  But most critics would consider a movie shallow simply because there is nothing to think about, such as the majority of romantic comedies.

This is the reason why Synecdoche, is so controversial among critics.  Some critics didn’t see it communicating anything, only being one huge mess of a mystery.  Others, such as myself, think that it communicated well, but left much for multiple viewings to discover. 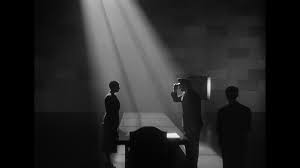 Technically sound—The movie is put together well enough that the moviemaking isn’t noticed beyond some innovations.  If the acting, story or camera is too noticeable, then it is working against the above characteristics.  Moviemaking is about storytelling, not the other way around.

The extreme stylists, such as Peter Greeenaway, I think, make an error in having their style be louder than what they are trying to express.  While others, such as Tarintino in his best films, can use style to draw one in and to communicate.

Email ThisBlogThis!Share to TwitterShare to FacebookShare to Pinterest
Labels: Top 5