Juliane Moore is a soft-spoken, passive hous-- homemaker who develops multiple chemical sensitivity, which doctors cannot diagnose, and thus there is no treatment for.  This film is her journey to find acceptance and hope amidst a community that cares for her and supports her through the development of her illness.

This film moves quietly through the 80s, being one of the best staged "drop in this decade" I have ever seen.  I remember the 80s clearly, and every detail was perfect, from the wealthy houses in Southern California (where I grew up), to the aerobics outfits.  It uncomfortably placed me again in the "normal" lifestyle of the wealthy in the 80s, so much so that it felt like a drug flashback.  Even the disease of chemical sensitivity is perfect, as people I knew were diagnosed with this illness and they separated themselves from all of society despite their success in leading large groups of people in the past. 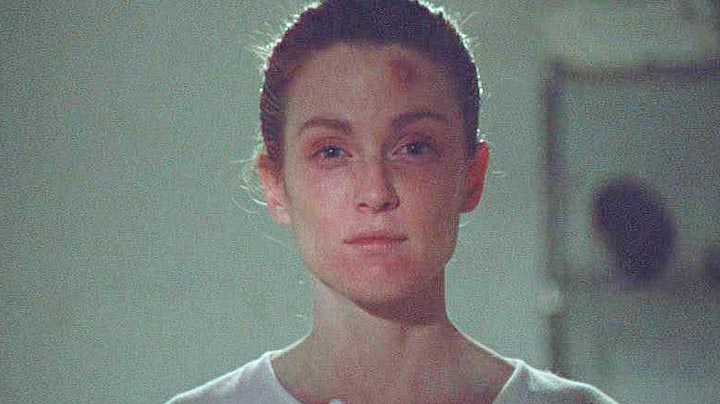 But more precise is the sense of hopelessness and isolation and guilt of those who suffered from diseases that have no cure.  This film has little plot, and the point of it isn't clear.  But Todd Haynes has said that he was inspired  by the experience of those in the 80s who suffered from AIDS, who experienced an illness that could only be explained by sexual activity (even when it wasn't carried by that means), and blame and horror came out of it.  What I love about this film, as opposed to other "AIDS films" is the broadness of scope.  Other films about AIDS sufferers look at the tragedy and drama that comes out of it.  This film quietly speaks of the more subtle experiences of those who suffer from illnesses that no one can understand, and how people politely reject you as a human being.  It is all the more powerful for that.
Posted by Steve Kimes at 11:05 AM