This is easily among the top 5 darkest movies I have seen.

Right from the beginning, they warn you.  The narrator introduces a few of the characters and the company of resistance fighters in general.  Then he states in an even tone of voice, "Watch them carefully.  These the last few hours that they will remain alive."  And you might think that knowing they will die prepares you for the grueling trauma that is ahead.  It doesn't.

About two thirds of the film there is a reference to Dante's Inferno.  The comparison is apt.  Despite the horrors of war, and the realization that they have failed in their attempt to defeat the invaders who conquered their home, the true horror only begins once they have entered the kanal-- the sewers.  One would not be surprised to see at the entrance, "Abandon all hope all ye who enter here." 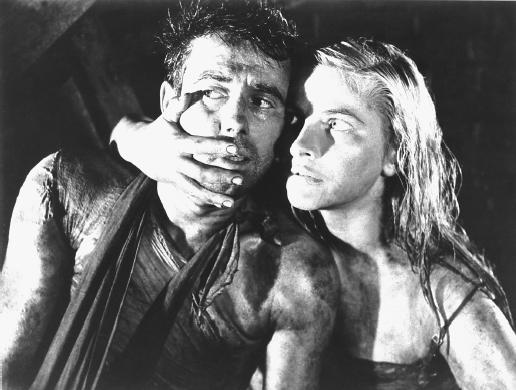 Everyone brings into the sewer their own weakness, their own humanness, their own crutches.  For one, he is filled with despair due to his inability to save his men.  Another has his fear.  Another is drunk.  Another is blinded by love.  Another is wounded in the chest.  Another is loyal to a fault.  Another is caught up in the comforts of high culture.  And so on.  And these crutches or weaknesses intensifies in the sewer, just as in the deepest of crises, our faults are magnified and our humanness becomes ever more human.

In the sewer the stench, the dampness, the darkness, the madness of others, the sickness-- not only does it make us physically sick, but it enters our mind.  The refuse of a populace invades our soul and soon the darkness doesn't surround us, it comes from within.  The sewer isn't just beneath our feet, but it could be in the midst of our lives.  For it is the circumstance that is beyond our strength.  Truly hell on earth. 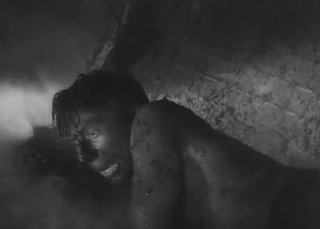 Not everyone builds character in trial.  Suffering doesn't always display strength.  There is a trial that displays our hope, that causes our true, strong self to shine.  Until the suffering goes on too long, or cuts too deep, or twists in just the right way.  And then our strength is gone and all we have left is our weakness, our fear, our despair, our madness.

In the end, it is not our enemies that destroy us, but our lack.
Posted by Steve Kimes at 9:34 PM