How do you know that you are a film buff?   Here is a simple test: 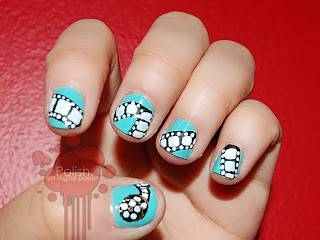 What is Buffness and how does it relate to Film?
A film buff holds that nebulous area between a film critic and a person who just enjoys movies.  A critic is one who has clear opinions about what makes a good film, at least in their opinion, and is prepared—at a moment’s notice—to express it verbally or in writing.  A person who enjoys movies is someone who likes a good movie but hasn’t spent any time thinking about movies—they know what they like and film as a whole doesn’t impinge itself on their consciousness.

The film buff is one who enjoys film, but finds film to take up a decent portion of their thinking.  They find themselves  spending more than a reasonable amount of free time watching movies.  They also seek out “classic” or “great” films to further their film enjoyment or education.   A film buff enjoys talking seriously about movies with other film buffs.  And usually film buffs don’t see a real distinction between “art” films and “popular” films—or it isn’t as important, anyway.  What they know is what they like and they like almost all film, across all genres, across all languages, across all decades.  Certainly there are bad films, but a “bad” film isn’t in any particular style, either.  What a film buff knows about film more than anything else is what she or he likes.  And who else matters, really?

One of the joys and frustrations of film buffness is the fact that there are always more films to watch.  Even if somehow you became one of the great film buff Masters and have watched all the “great” films of each year and genre, there are always new films coming out.  And there is always this sneaking suspicion that there is another “great” film just around the corner that isn’t as widely watched by critics and it can be found by you—yes, you!   So a film buff’s work is never done.  We may fail film by losing interest or lacking time, but film will never fail us—it will always be there for us.