I am not trying to list the ten best films or most important.  Rather, I want to give the beginning of a conversation between film buffs.  What are the basic films that pretty much all film buffs should have under their belt?  This is the final five of ten, but they aren't in any particular order. Dr. Strangelove, or How I Learned to Stop Worrying and Love the Bomb
It is difficult to choose only one Stanley Kubrick film, as many of his films have made a permanent mark on film history.  I choose this film because it became, in a sense, the basic way of thinking of an era of world history: the cold war. The paternalistic insanity and futile attempt to recover some rationality pervades this film.  Peter Sellers did some of his best work in this film, playing a half dozen characters.  As madcap as it seems, the film never goes out of control, it steps clearly to an inevitable, black, but still comedic, conclusion. 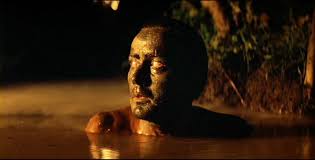 Apocalypse Now
Francis Ford Coppela is the only director who has two films on this list.  Perhaps I should have made room for another director, but his two films could not be missed.  This is not just a film, but a piece of literature, more complex and crafted than the text that inspired it, Heart of Darkness by Joseph Conrad.   Although episodic, the theme of the madness of war couldn’t be clearer or more precise.   This film has sections that will haunt you long after you finish it. Citizen Kane
For fifty years, this film starring and directed by Orson Welles was considered the greatest film ever made.  Whether that was true or not isn’t important.  But the influence of this film demands attention.  It is a technical marvel, even seventy years after its release.  But the truly amazing thing is a film that is so praised and so honored for its technical achievement is so human and so entertaining.  It has everything: comedy and drama; it is both a biopic and a newspaper film; it is both pro-system and critical of system.   It is an every-film, but it is enjoyable at the same time.   Rarely do we see such a marvel.

Taxi Driver
This is an actor’s film that is also a director’s career highlight.  Robert DeNiro and Martin Scorsese have worked together a number of times, but never more powerfully.  We follow Travis Bickle’s little sorrows and joys and see him step by step fall apart.  And his psychosis is reflective of New York City’s, for he is a son of New York, and he gives back what he receives.  Rarely does a fictional character so frighten us and enthrall us and the film so perfectly set us up for its conclusion.

City Lights
To choose any one silent comedy is to stir controversy.  Why a Chaplain and not a Keaton?  Why not Modern Times or The Gold Rush?  Yes, The General or Sherlock Jr. or Safety Last could have been chosen.  But this classic is the perfect transition film.  It is primarily silent, but makes use of sound technology.  It is a Little Tramp slapstick comedy, but is as much a romantic comedy.   The Little Tramp has less of the scoundrel and more of the noble in this film.  And it is as much a sentimental melodrama as a comedy.   There are so many films in this one stirring, much lauded film, that it must be seen.

Mind you, these ten are only a beginning, the first step up the gangplank  to the ship Film Buffness that has adventures and new people galore.   If you are new to film buffness, then you can’t go wrong with beginning with these films.   If you are an old film hand and haven’t seen one or two of these films, please check them out.  And if you have seen them all, then try out the directors and actors you’ve appreciated.  The journey is long and fulfilling.  The best thing you can do is enjoy it.

Finally, what would you put as your essential film buff movies?  If there were films that you could make everyone see so you could all have them in your film vocabulary, what would they be?
Posted by Steve Kimes at 9:33 PM