What Can a Simple Worker Do To Serve His Country? (The General, 1927) 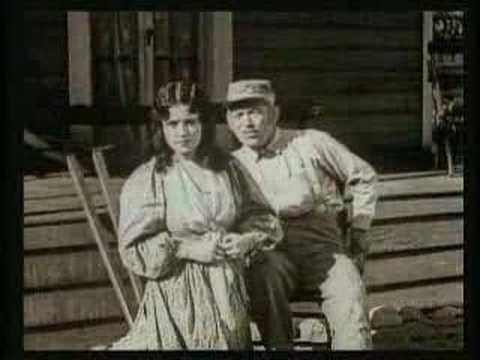 Buster Keaton’s manly honor and his ability to have a chance at his love is dependent on his becoming a soldier in the Confederate army.  Yes, this is the South of 1961, but surprisingly, they are not the bad guys, nor is there any question of the pure patriotism for the Confederacy here.  It doesn’t matter who Keaton was loyal to for us to connect with him—what we associate to is the faithfulness to his nation.  So he stands in line to sign up with the army, but he is rebuffed again and again.

It is interesting that he is rejected as a soldier not because he is weak in some way, but because he is too important.  He is a railway engineer, and they can’t waste such important workers on being simple foot soldiers.  But that doesn’t matter to Keaton’s honor.  Societal respect is found in participation in the army, nothing else, and Keaton is left out.

The rest of the movie shows Keaton’s heroism and athleticism in serving his country and being much more than any single soldier could be.  I would stand this movie next to any modern action flick and say that the excitement and  intensity matches, at least.   This is an amazing film and deserves all the allocates over the years.   And Keaton is truly one of the few great actors of the silent era.
Posted by Steve Kimes at 7:04 AM