How Do You Respond When A Spirit Asks You If You Are a God? (Ghostbusters, 1984)


Dealing with spirits is tricky business.  There are the low-level ghosts, who can be… slimy.  Then there high level gods, who can decimate large populations.   Tricky, very tricky.

Especially tricky for scientists.  Even pseudo-scientists.  When you are trained to be skeptical, to doubt, to question everything, it may seem that you might never actually get around to dealing with real, live (so to speak) spirits.   When you finally do connect to spirits, proper etiquette might be lacking.  Not because you don’t want to be polite, but because you just haven’t had the experience. 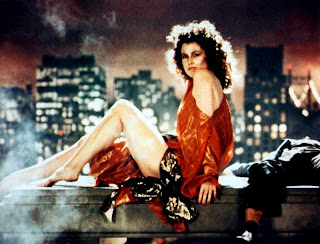 So when Ray is approached by a spirit and asked, “Are you a god?” He answered simply and honestly, to the best of his knowledge, in the negative.  How was he to know that it was the wrong response?  That such honesty might actually get him and his companions killed?  Or at least mortally wounded.  Peter corrected Ray’s error: “Ray, when someone asks you if you are a god, you say YES!”

Obviously, such an answer must come from studying the classics.  Alexander said “yes”.  Augustus said “yes”.  Titus said “yes.”  Perhaps we should all learn from their example.  Peter thinks so.

Of course, there’s that niggling little aspect of blasphemy.  When Herod Antipas said “yes” to such a seemingly basic question, he was eaten from the inside out by worms.  Perhaps this should be given more consideration.
Posted by Steve Kimes at 9:49 PM