Shocktober: A Selection of Reviews

Below are some of the movie reviews I posted this last month for the Filmspotting Marathon Shocktober.

The Call of Cthulu
A fascinating exploration of neo-silent film.  It isn't as elegantly done as The Artist, but it recaptures much of the unique vision of the silents of the 20's and early horror such as Nosferatu and King Kong.  It is also captures the feel of HP Lovecraft-- the drawing together of many mysterious pieces to reveal a terrifying truth.

But, like Lovecraft, it is convoluted at times and without any connecting characters.  The horror is spelled out well over the short film, but I would have preferred it took more time and introduced a character we could explore this horror together with.  Instead, it is a bunch of pieces thrown together in an artful way, but not in a compelling way.  3/5 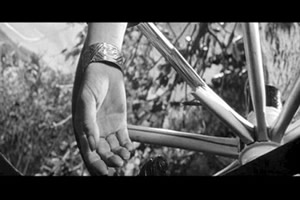 The Haunting (1963)
Easily the most interesting of haunted house movies I have seen, and I would include Gaslight in that list.  Perhaps it is the entertainment equal to The Shining.

A scientist wants to prove the supernatural, and so he gathers a team of people who are psychically sensitive to spend time in the most evident haunted house-- Hill House-- to gather evidence for spooky happenings.  Out of this team, only two women and the eventual owner end up coming.   From that point on, it is a battle between the spooky, noisy house (but not as noisy as some apartment buildings I have lived in) and each person's character and will.  It clearly follows Shirley Jackson's novel pretty closely, as the plot is tight and brilliant.

The speculation of what is really going on is maintained right up to the end, and the different characters' reactions to the spooky events were completely believable.  It was very creepy, perfect to send shivers up your spine, from the cinematography to the set up, to the outcome.  If The Shining is the great movie about dread, this is the film for creepy.   I do wish that the "in the head" narrative wouldn't've been there-- that was irritating quickly.   Still, a clear 4/5.  Maybe 4.5/5 in time. 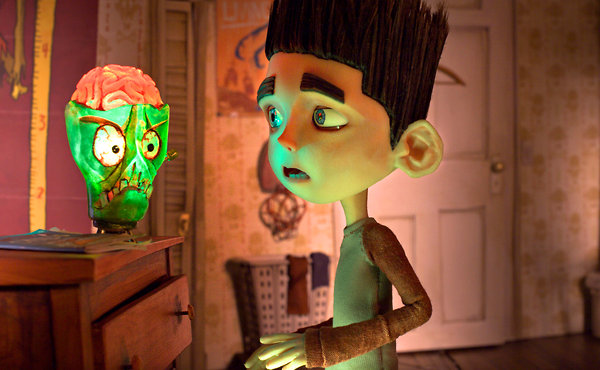 ParaNorman
The creators of Coraline had pretty high expectations to meet.  After all, they make Nightmare Before Christmas and other great animation classics.  So they give us the story of Norman, the bullied kid who talks to the dead.  It works on a lot of levels.  The characters are pretty well developed for a comedy, and they are a lot of fun.  The story was interesting enough and better than most horror films.  There were a couple animation styles that were used brilliantly.

But what I found most interesting was the unique camera perspective.  At the beginning, it closes into body parts, focusing on the grotesqueness of fleshy bodies.  There are other parts that every Hollywood bone is screaming for a close up and they give us a distance shot, which was interesting.  They give us a couple views behind the animation so we could see the art, and that was just as brilliant as keeping us focused on the plot.

A good film.  In the running for the best animated of the year.  4/5 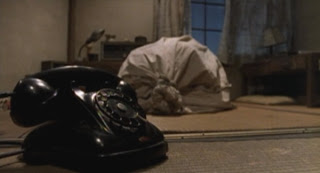 Aoyama's dear wife had died many years ago, and he is encouraged to obtain a new wife.  He had no interest in this, as he had been raising his son, but he decided that his encourages were right: he would get married.  But to who?  A filmmaker co-worker decides that he should hold auditions to see who would be his new bride.

Although the method is odd, really this film is about the reluctance and vulnerability of dating.  I love the actor who played Aoyama who is, in many ways, the opposite of the brash young heroes found in most films.  At first I thought he would be a supporting character, because he is a bit pudgy and is a relatively quiet character, allowing others to push him around a bit.  For a genre film that is not a comedy, this film has done a number of trope reversals.

It is interesting to me how often dreams are used to convey disturbing images in the horror films I've been watching.  Sometimes it is just confusing, trying to determine what is real and what is dream, such as Audition.  And it is difficult to be as coherent and yet completely frightening as the first and third Nightmare on Elm Street films.   3.5/5 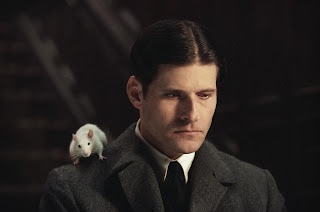 Willard (2003)
Willard is unhappy.  Quite unhappy.  A boss reminicent of 9 to 5, a sick mother who apologizes for making him weak, no friends, no girlfriend.  Of course, when he takes much more interest in a white rat instead of the girl who mysteriously wants to hang with him, that indicates some problems.  These problems come to fruition in a big way by the end of the film.

Crispin Glover is the heart of the film, and all of what makes this film quite fun.  He is both creepy and pathetic causing us to in turns pity him and condemn him.  Which makes sense since he has a good angel and a pretty powerful demon on his shoulders... well, they are rats, but who's paying attention.

There are some great visuals here, and I loved the cinematography which was really creep-inducing.  The supporting roles were generally bland (except for R. Lee Ermey, who glories in his evilness), and the plot was pretty predictable.  Still, it was fun. 3.5/5 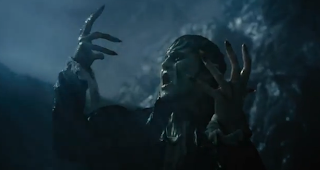 Dark Shadows (2012)
A well-told gothic horror with some of Burton's most stunning visuals.  A remarkable achievement by Burton and a return to form.

But after the ten minute introduction, the movie goes downhill.  Bland comedy, bland horror, bland action.  The visuals are still top-notch, but everything else we've seen before, and better.  It isn't bad so much as forgettable.  After those first ten minutes.  Great, great short attached to a dull film.  3/5

Zombieland
Not great horror.  Wasn't scary at all, and although gross, that's all it was.  No deep themes, no social commentary.  Not really smart.

However, it was great comedy.  The running gag of the rules worked really well, and the casual violence was played so well for laughs that even this Mennonite pastor couldn't help but loudly laugh at it all.  The scene with Bill Murray still has me laughing.  A good time was had by all, meaning me, although my oldest daughter would have loved it and I wish she had watched it with me.  4/5