What is Truth? A Meditation on Stories We Tell

In the ancient world, two or three witnesses proved an event.  This proved problematic when there was a conspiracy, such as the ancient book of Susanna showed.

But what if every person speaking intends to tell the truth, but you still have different stories, different perspectives?  You get real life.  But do you get anything close to truth?

I suppose it depends on what truth you are seeking.  Are you seeking the truth of what happened?  Emotional truth?  Relational truth?  Or, if given an introspective mindset, can we discover something about the nature of truth itself?  That it is dependent on perspective, on relationship, on context, on narrative arc?  That multiple truths can exist in the same story, in the same overall truth and still have meaning? 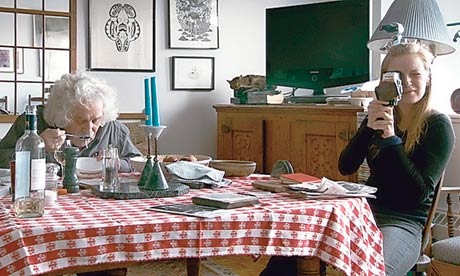 It is fascinating to me how certain decades of nations have types of movies that characterize them.  Korea is the "genre-bending" nation.  France is the "personal narrative art" nation.  Finland is the "dry humor" nation.  Canada used to be known as the "bad movie" nation.  But then Guy Madden and some quiet classics were created.  It makes me think that perhaps Canada is the "personal perspective" nation.  Stories are told from a strictly personal point of view that would look different if someone else was telling it, and they glory in that unique point of view. This movie could only be told by Sarah Polley.  It is the perspective of the daughter with a lost mother and two fathers, one unknown.  If someone else told this tale, it would look vastly different.  Someone else wants "facts", another one wants comedy, another one wants it to be more touching or more objective.  But this is Sarah's story and only hers.  It is her life.  And she chooses to tell this story by multiple perspectives, all given equal weight.  And that is as it should be.

It still mystifies me that people think that documentaries are truth.  They are, of course.  But they are no more truthful or of a different sort of truth than a fictional film.  They tell us narratives that increase our experience and, at their best, cause us to look at our lives differently.  This story is telling, for when the narrative was made know three women divorced their husbands.  The most amazing moment for me is when the adult director is speaking with her "mother." It shows to what extent a director is willing to bend the truth to present truth.

For me, the truth is, that truth is found in the differing perspectives.  The way of telling is the truth that lies behind the facts.
Posted by Steve Kimes at 11:45 PM