Destruction of a Creative: Amy 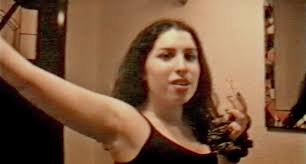 Amy (2015), a documentary about Amy Winehouse

It's pretty rare that I just love a documentary.  Even more so to love a doc about a celebrity.  I mean, really, can't we find someone who hasn't been focused on for a decade to do a doc on?

But for Amy Winehouse, the celebrity culture is the focus-- it was her downfall.  She was an easy person to take shots of because she did embarrassing things in public.  But what if her uncontrolled actions was a direct result of the fact that she had no private space?  What if the whole concept of celebrity destroys? 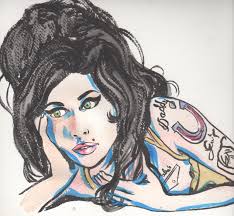 My friend, Bondo, points out that it is not celebrity, but her weaknesses that caused her death in 2011.  I say that it is both.  I have known many people with the same weaknesses as Amy, and they had lived to survive and eventually thrive.  It is clear, in the doc, that those controlling her life, including boyfriends, her husband and her father wanted the fame and crowd that tore Amy down.  I understand her perspective.  I, too, am a creative introvert that longs for the ability to live a creative life, but is torn by the demand of being in crowds.  I’m sure for Amy her finances required concerts.  But being around people who desire a piece of her celebrity drove her toward self-destructive tendencies, and those tendencies cost money.  Bulimia and alcohol are problems when you don’t have people pushing you toward it.  But they aren’t death sentences unless there is an additional force.

Before watching this film, I didn’t know about Amy.  I might have heard a joke or two about her addictions, but a celebrity girl with addictions isn’t really surprising.  But after spending two hours with this girl, I felt like I knew her a little and I recognized her talent.  But not like the great Tony Bennet comparing her to Sarah Vaughn and Billy Holliday.  He knows, and through her songwriting and singing the talent slaps us across the face.

What is great about the film is that the comments and interpretations come from people who knew Amy, without speculation of the filmmaker.  No question, this is interpreted through editing and who he interviewed, what parts he picked.  But the film is a blueprint for an excellent film about a celebrity.  Show us, let's hear the witnesses, the friends.  Let them share their grief, we don't need to hear false guesses or re-interpretations.  The interviews and footage are raw, realistic, powerful.


By the end of this film, I was weeping.  Not just because of the loss of a great talent, but because we keep finding new ways to destroy people.  Is she just a repeat of Judy Garland?  Maybe.  But her story is faster, and her death more sudden.

Email ThisBlogThis!Share to TwitterShare to FacebookShare to Pinterest
Labels: 2015, Documentary