This movie was made for activists, presenting the ideas of an extreme activist. I'm a moderate activist, myself, but I've spoken to the extreme folks and I get it. Here's the basic viewpoint: The United States is falling into poverty because of leaders who are taking resources and using them for nefarious purposes. They are paying off people who might whistleblow and so keeping them quiet. Meanwhile, your average person is on the edge of being homeless, pushed around by those in power, numbed by television and other forms of mass media which convince us all to consume and obey the powers.

Of course, since They Live is a science fiction story, the leaders are alien businessmen and you need a pair of special glasses to see what's really going on.

In one sense, They Live is a spoof of this viewpoint, and a comedy. Two guys spend almost ten minutes in a fistfight, trying to get one to put on a pair of sunglasses, after which they are the best of friends, walking around with bruises and puffy faces. I'm still laughing at the ridiculous of that scene.

On the other hand, the insidiousness of the paranoid scenario is scary, because it is partly true, and we know it. All I have to do is mention Dick Cheney or Edward Snowden and we know that there's something to it. That same fight scene touches something deep, because the man who won't put on the glasses knows that this new knowledge of the world will change him, place him and his family in danger, and so he desperately is resisting that insight. He has too much at stake.

But the knowledge is there, in the real world, and sometimes we can't avoid it. We will often stumble upon it, pursuing our own interests. I am involved in homelessness and I know that there are blocks to certain kinds of homeless folks ever succeeding to fit into society, even though they are doing nothing wrong. I also know that others are being paid hundred thousands of dollars a year to shuffle homeless people from one street corner to another, and to make it look as if they are really accomplishing something. I personally know pastors and churches who are professional level societies, who talk about justice and peace, but won't do anything about the beggars around their corner.

But I also know that this is nothing new. The issues of homelessness and of white trash are older than the discovery of America. I wish that we could blame our callousness and ignorance on aliens or the Illuminati coming to take our resources. But more often than not it is bureaucracy that stands in the way of relief. I wish that we couldn't see the messages, "Sex is success" or "conform" without a pair of glasses on every magazine. But it is all human, all coming out of our everyday natures. It is all easy to see, if we would but look. The ignorance is within ourselves, because, like Frank, we'd rather be secure than know. Because if we admitted that we really knew how evil our culture was, then we'd have to do something about it.

As far as the film itself, it is really well done, balancing the two sides of hinting at paranoid reality and laughing at the same point of view. There is but one problem: the lead actor. Roddy Piper as the lens through which we see this world is a very poor choice. He can't even rummage through a box of glasses believably, let alone give us a believable line reading. Never have I missed Kurt Russel more. 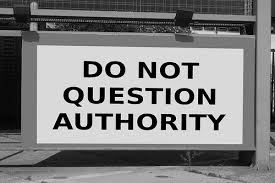