Watching Hunger (2008) is one of the most brutal experiences of my life.  I say this as a recommendation.

Hunger is the story of Bobby Sands, an Irish Republican put in prison for political violence against the British.  While in prison, he leads protests, demanding to be treated as political prisoners—POWs— instead of just criminals.  As the British refuse, he and his co-prisoners suffer the filthiest existence at their own hands.  And then they endure forced bathings and the most inhumane searches.  Finally, Bobby Sands decides on a hunger strike, for him and his comrades.  And the horror of that fast is depicted gruesomely.

Obviously, this is not a movie for everyone.  By the end of this film I began to wonder why I was putting myself through this torturous movie.  Then I wondered why the director put in all of this amazing effort, with some amazing filmmaking talent, to put us through this experience with Bobby.  It seems that Bobby is going through some of the most terrible self-torture, and for what?  Political recognition?  For the recognition of human rights, most of which were in their grasp at any point?  To make some petty point?

But I realized that this was not a political film.  The director depicts the suffering of the guards as well as the prisoners.  The fact how everyone’s life involved was simply miserable because of this system, because of the determination of these men.

Finally, I realized what the movie is about, at least for me.  Endurance.  It doesn’t matter what Bobby Sands was fighting for, or what methods he used.  The point is simple—he was willing to go to whatever extent to obtain his goals.  He had the steadfastness to put his body through any degradation, to suffer whatever the cost, to go through any pain or mutilation in order to achieve his goals.  The ethic nature of the goals weren’t significant.  But his determination was.

And, honestly, that’s what makes any cause great.  Not the rightness of the cause, but the stark determination of the promoters of the cause.  This is what made the civil rights movement great, as well as the Indian freedom protests—they were willing to suffer all, while not causing the suffering of anyone.  This is what made the early Anabaptists great, the early Franciscans, the first century church.  They all promoted their cause to the death, while never harming another.

I am ashamed of our modern day church.  How little determination we have.  How we speak so much about “balance” and “cycles”, as if the main text of Scripture we should be living out is not the Sermon on the Mount, but Ecclesiastes 3.  We speak of the “discipline” of rest, but the fact is our lives are full of rest and we do little work for those who honestly need it.  Pastors are the ultimate compromisers, seeking salaries and retirements and office hours, instead of trusting and giving.

I know true endurance.  I once lived it.  For fifteen years, I worked hard for the people on the street until my body, slowly but decidedly gave up on me—until my stress levels exploded.  Surely, people would say, that is the need for balance.  And I will say, no one’s body is meant to endure terrible stress for twelve or fifteen years.  We just can’t keep doing it.  Even Jesus only dealt with daily suffering for three years or so.  However, I keep it up.  Perhaps my schedule and stresses aren’t as grueling as they used to be, but I’m still out there.  Somehow.

And this kind of endurance isn’t for everyone.  It is a saintly life to support the spiritual athletes and soldiers—those who lay down their lives for the cause.  But, honestly, we are in a time of the church where those who are willing to lay their lives down for the gospel are few.  Very few.

What is the task?  To love others, even if it means our own death.
What is the cost?  Our lives, our sanity, our family, our balance.
What is success? To make other’s lives tolerable, even at the cost of our own life.

Who is willing to endure?

Who is willing to endure? 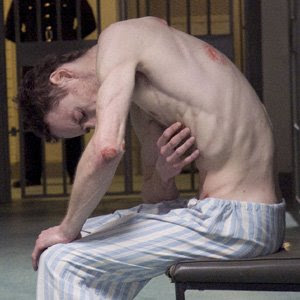