The Dead by James Joyce and John Huston 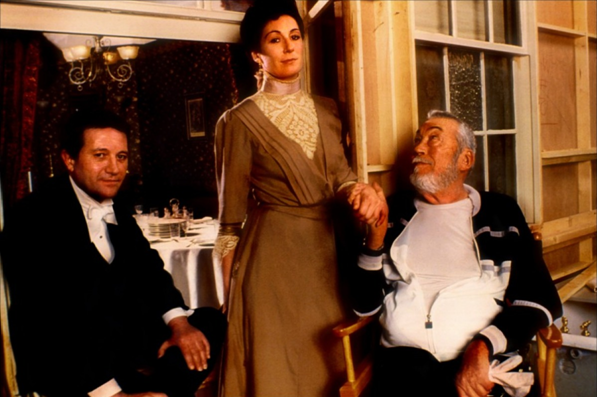 Timing may not be everything, but it can change how we see the world.

In my second year of college I read The Dead by James Joyce, beside the woman who would later be my wife.  We both agreed that it was probably the most dull text we had ever read in the arena of fiction.  I cannot deny that Joyce is a genius of the highest caliber, but that couldn't keep me from sleeping again and again through the story which seemed to be about nothing.  A party full of non-events to non-people.  Our teacher, when we dragged into class to discuss the story, said that boredom was the point.  That these people were not actually living, but they were, in fact, more dead alive than the memories of their dead.  Because of this horrid experience, I avoided the film.  Even though the film took only as long as it did to read the story, I didn't want to experience that "hour that felt like five" again. 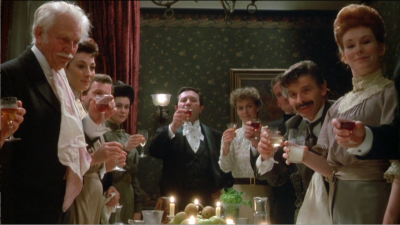 But my film friends prevail, in time, and today I watched the film.  I had received it last week, before my good friend fell upon his bed without spirit and the paramedics struggled to return to him his breath and a self-perpetuating heart, to no avail.  That was before I sat at the bedside in a hospital with another friend, dying of liver cancer, unconscious but comfortable.  Before he passed yesterday afternoon, with his final words being three days previous.   That was before I could no longer control my tears, not at the death of my friends, which was good for them, but for my own loss of their souls, gone until I see them again.

Unlike the story, this film is bright with characters and the language, cloth and candles of the best costume dramas.  The script is about everyday people, but unlike the story, they shine in their mediocrity, representing Salieri's final cry in Amadeus in praise of the mediocre than J.K. Rowlings demand that our talent be worth more than "good job."  It is a celebration, not of Epiphany, but of lives half lived, and the dead who burned out in glorious moments.

Why are the dead so celebrated while the living so depreciated?  Because of the dead we recall an edited life.  I remember my friend's smile, his soft but wise words, his work in the church kitchen for his friends.  Over time, I will almost certainly forget his days, sometimes weeks of being so dizzy he could barely get up, watching movie after movie because he could do nothing else.  I will remember his small cardboard sign "One Coin Helps", begging for a few dollars to buy his Mountain Dew and his weed.  I won't remember the times I saw him drunk.  I will remember how he accepted abuse from his friend when he didn't deserve it.  I won't remember his anger against his other friend who disappeared and didn't call for a year and so ended up never talking to him again.  I will remember him noble, gently strong, loving, big-bearded, a pillar of strength amidst weakness.

Who can compete with memories of a noble man?  Who can compare?  No living person can ever be as good as the dead.  We honor the dead because they are no longer alive and, should they happen to die at the right time in their lives, we will never remember their weaknesses, only their strengths.  And so it should be, if we can.  If we have done more good than abuse, if we have saved the lives of those who are grateful.  A luck of the draw, perhaps, between saint and sinner.

I will never forget this film.  Not because of it's qualities, although they are many.  But because I watched it now, today.  This film will always be connected to this time, and like the dead, I will only remember the powerful emotions it pulled out of me.
Posted by Steve Kimes at 3:36 PM