The Cost of Defanging Selfishness: Castle In the Sky 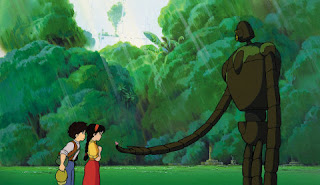 It is a small mining town in Great Britain, around the time of World War I.    Air power is just coming into its own and in Europe the great air power is Germany, with it’s magnificent floating military fortress, Goliath.  There are also air pirates to take advantage of the governments like the Dola Gang, a group of pirates under the head of their mother.  But there are also rumors and hints of an even greater power: an ancient floating city, Laputa.  Some say they have seen it, but no one is certain.  One pre-teen girl named Sheeta, however, holds the key: an amulet made of volucite (or “aetherium” in the Disney dubs) that is said to hold the key to Laputa and all its power.

This is the context of this Raiders-esque romp through a mining town and the skies above it.  It is one long chase scene, but what an exciting chase it is!  Air wars, floating girls, train chases (borrowing a bit from Keaton’s The General), a Babylonian city, secret ancient science, caves, robots (did The Iron Giant borrow from these?), military encampments—it just never stops!  The pirate boys are always around to drop a good laugh now and then, and we see the whole thing through the eyes of the ball of energy, Pazu.  Did I mention, best Pirate Mom ever?  What about awesome proto-Iron Giant robots?

The fact is, I think this film out-Raiders Indiana Jones.  It is more fun, and the heroes are real heroes and the (real) bad guys are smart and more sinister.

Now that I’ve told you about this film, I want to give you my latest theory about Miyazaki. 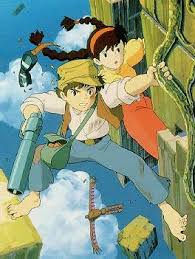 No matter what kind of film he’s making, there seems to be a focused vice.  It is often repeated a number of times through each film.  In Nausicaa, it is fear—all the terrible events come about through fear of others, fear of nature, fear of what might happen.  In Princess Mononoke, it is hatred—the hatred one has of the enemy that is preventing you from living life as you think you ought to have.  In Spirited Away, it is greed—whether gluttony, greed for money or greed for love—that causes all the problems in that film.

In Castle in the Sky, it is selfishness.  Greed is a factor, but ultimately all of the events play out because a nation and an individual wants to see reality changed from their own perspective, without regard to others.  This selfishness is caused by insulation from others and from the earth itself, to consider oneself above all others and all the earth, to see all others as simply tools for one’s own ideals.

The solution to this, as to all the vices in all Miyazaki’s films is a single solution labeled a number of different ways, even within Castle In The Sky.  It is called compassion, love, connection.  In summary, it could be called community living.  In each of the films we’ve seen in the marathon there is some kind of idyllic community used as an example.  The Valley of the Wind, the village of Prince Ashitaka are both examples of how humans can live with nature in harmony, and how people work hard for each other to create a good life for all.

In Castle in the Sky, the idyllic community is not actually seen.  It is the community that young Sheeta was kidnapped from.  (What is it about the theme of kidnapped princesses?  Anyway…)  This is the community the Laputans formed when they determined that living in their city was too separatist, and that they needed to return to the earth, to live with nature and to the people whom they once ruled over. 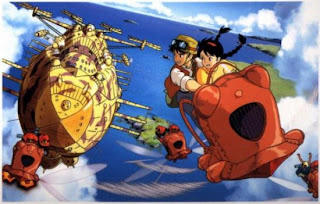 The ideal is not simply a virtue that one can live on one’s own.  There is no single hero that shines through any Miyazaki movie that solves all the problems.  Rather, solutions are determined by both heroes, leaders and community.  It is a way of life they decide to live out together.  It is a life of compassion, of concern for others, of hard work and of communion with nature.  Yes, each film has its hero, who through deep personal sacrifice, brave deeds, mediation and virtuous determination creates the opportunity for peace.  But ultimately they only point the way.  It is when the community decides to take this upon themselves that the hero’s brave deeds are fulfilled.

And in some films, such an idyllic state is never reached.  Perhaps the vice of a certain person is thwarted, but the future is still uneasy.

With this moral basis throughout all Miyazaki films, it is no wonder that they are considered children’s films, even though Nausicaa and Princess Mononoke and Porco Rosso aren’t really for kids.  The moralism is a bit heavy handed.  Nevertheless, with all this high-mindedness, Miyazaki gives us amazing sights to see and adventures to live out in our minds.  And this is why I consider Miyazaki my favorite writer/director.  He offers us a unique and beautiful moral vision, and makes it completely entertaining.

Even with all this “made for children” action and moralizing, there is a very real point that is not for children—the position of Princess Sheeta.  In the end, she realizes that she has part control over a monstrous power to destroy whole cities.  And the other person who has control over this power is a madman, willing to not only threaten, but use this power at will.  What does she do?

Of course, her position is the same as our own.  Some of our leaders have the power to destroy large populations with little effort.  We share in that power.  The answer in Castle in the Sky is to, of course, be rid of such weapons, at whatever cost.  The fate of innocent people is nothing compared to power, a paradise, and even our own lives.  It is worthwhile to make deep personal sacrifices for the sake of the world.

Funny that our present world hasn’t made this decision.  I guess we don’t have the same ideals as Miyazaki.  What a shock. 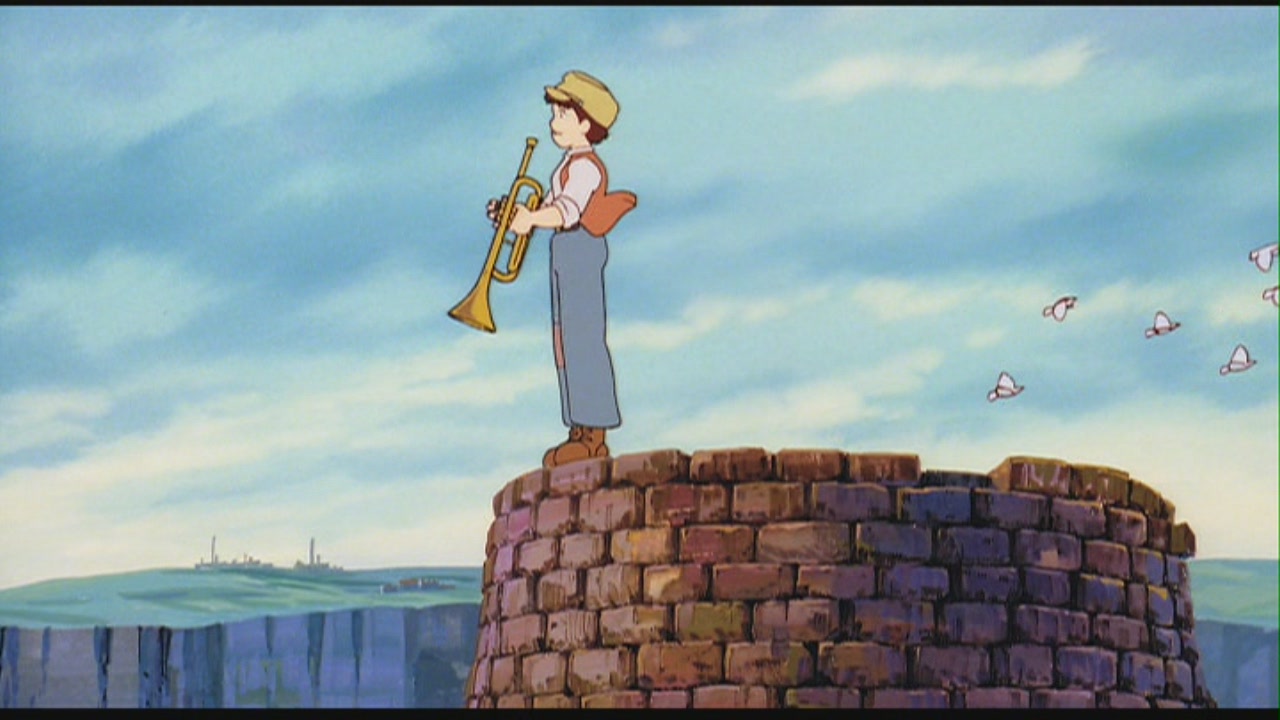