Just Another Analysis of The Shining 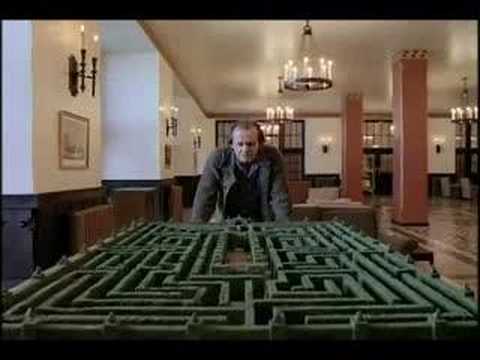 A family travels to paradise.  Paradise, in the ancient world, was a garden, a huge, never ending garden that had everything the family needed.  They would never have lack.

In every garden there is a temptation, a manifestation of evil that tempts them to harm and destruction.  For the man, the temptation was his entitlement, his sense that the world revolved around him and that anything that deviated from his orbit was in opposition to him.  For the woman, the temptation was her fear—partly her fear of the man, but also her fear of her inadequacy to be a good mother, to care for her child.

For the child, the temptation was Room 237.  The Hotel Overlook was the tempter, the snake, causing them all to give into their temptations, to destroy each other.

The Shining is a film that encourages thinking, and, as we see in the documentary Room 237, overthinking.  There is so much detail, so much complexity in a relatively simple story that we want to assume that it is more than it is.  And the movie is slow enough, constantly taking us through labyrinthine halls and mazes that never end, giving us ample room for our interpretations to hang themselves.

It is this that makes the Shining a work of art.  And it is The Shining’s weakness.   Is it possible for a work of art to be full of so much detail that no real interpretation is likely?   Is the real maze not in front of the Overlook Hotel, but in our minds, and Kubrick has given us just enough to allow our own subconscious to be the true director?

How many interpretations are possible?
Posted by Steve Kimes at 3:30 PM