All around me are Ingmar Bergman fans.  He is so loved.  Perhaps it's the existential angst, or the black humor, but if a person appreciates art film, they always appreciate Bergman.  Almost.

I tried, I really did.  I watched Fanny and Alexander (twice), The Seventh Seal, Through A Glass Darkly, the first half of Winter Light (I’ll finish it someday)… I’m sorry, folks, they all bored me.  They weren't bad movies, of course.  But to me they were dry, unfunny and generally dull.  Watching a bunch of people looking for meaning without a clue—I see that everyday.  The portrayals of mental illness or angst didn’t really seem true to life for me.  So, just to appease my internet friend Chardy, I agreed to watch Wild Strawberries.  But I don’t expect much from it.   Here goes...

Technical—5/5—Bergman is always a fine filmmaker, nothing to object to.  His actors are all great and his technique is good.

Theme—5/5—As always, Bergman is thematically rich.  Wild Strawberries is about a man reflecting on what is important in life.  God was never present and science is significant, and he received a lot of honor.  And his life is empty.  What is wrong?  What is he missing?  Relationship, a real connection with others.  That’s a great theme.  Much better than no answer at all.  This reminds me strongly of Ikiru, without the Capra overlay.

Characters—5/5—But here is what Wild Strawberries has that other Bergman didn’t.  These characters are well portrayed and the development seems natural and powerful.  Victor Sjöström and Ingrid Thulin do especially exceptional work at portraying the aging doctor and his lonely daughter in law.

Emotional—5/5—Most importantly, I felt for these characters.  Their quiet heartbreak is powerfully told and the realization of their mistakes and regret comes slowly upon them, allowing us to go on the doctor’s emotional road trip with him.

Interest—4/5—This film grew on me.  At first, it seemed like other Bergman films I found uninteresting, but as I attached to the characters, I wanted more detail, more understanding of the struggles they were going through.

Tension—3/5—Not much in the way of tension, except how the doctor will react.  A very relational film and all the tension resides in how they act toward one another.

Ethics—5/5—A powerful ethical message, probably the most important of the films I’ve seen by Bergman.  Rather than focusing on what we cannot experience, Bergman shows us what we can, what really is significant in life.

Personal—4/5—The older I get the more I appreciate the doctor’s position.  Sure, perhaps I’m correct in what I do, but that doesn’t make me right in relationship.  People are more important than ideals.  It is so hard to remember that.

Finally, a Bergman I appreciate and, actually, love.  I like this one better than Ikiru, actually.  It’ll make it my top 100, probably.  (At least it did this year.  Next year, we'll see.)  Still, it's nice to at least partly join in the Bergman party. 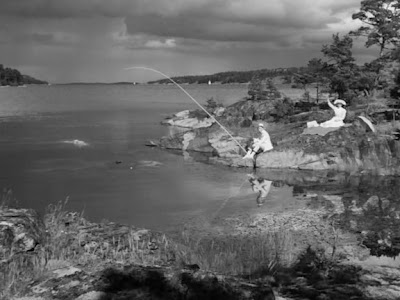