How I Was Converted By A Film 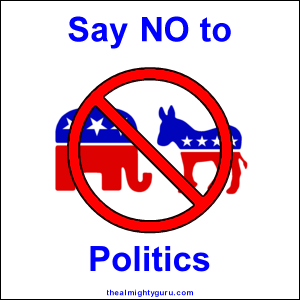 I am a pastor of a church of the homeless.  I'm not one of those guys who feels like he needs to evangelize every homeless person he sees, first of all because I believe in showing more than speaking, and secondly I know that most these folks are doing the best they can, whether being a Christian or not and they don't need anybody yelling at them, and only occasionally telling them what to do.

One thing I've always been firm about and that's politics doesn't help anybody who really needs the help.

I've got a lot of reasons for that.  First of all, democracy is about helping the majority, and the desperately poor is certainly the minority.  Second, to really get political action done, especially national or state action you need money and even if you got some political money it means compromising with the big boys who do not have your best interests at heart.   Finally, politics has a lot to do with bureaucracy and petty rules.  I am allergic to such things.

Instead, we get help for the homeless from community groups, especially churches.  We do as little as we can with the various governments.  Last year, when doing activity that benefited everyone, a local city governance group tried to shut us down, and that had been the extent of our relations with them.

Last week, I saw the movie Milk.  It stars Sean Penn, co-stars James Franco and is directed by Gus Van Sant.  It is based on a true story, chronicled in the film The Life and Times of Harvey Milk, about a gay community representative that becomes a city supervisor and eventually gets assassinated.  I heard that it was good and I'm a fan of Van Sant, so I thought I'd check it out.

It was a revelation.

Through tenacity and a slow process of learning, Harvey Milk changed that.

Like Harvey Milk, I just want to see the books that actively oppress the homeless shut down.  I want to see people granted freedom to be who they became through no fault of their own.  Honestly, although it may be hard for some of my supporters to hear, Harvey Milk inspired me.

The fact that the film was so well made doesn't disturb me at all. Van Sant is a master-- no, strike that-- genius filmmaker, who can tell a story is many different ways and yet put it all together in a mind-boggling continuity.  Penn is very good and Franco is fantastic.  Each character is seen as a full human being, not just a gay stereotype (although you can see where perhaps some of the stereotypes originate).

Mind you, I am not ready to run for office.  In fact, my wife said that she'd vote against me if I did.  But it did happen that this last weekend a couple city officials did come up to me and say that they'd work with our goals for the city this week.  Huh.  Maybe there's something to this politics thing after all.
Posted by Steve Kimes at 5:10 PM