When Leadership Reflects Societies Values (Being There 1979) 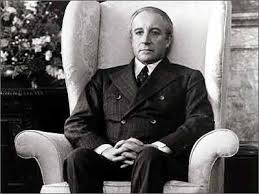 Chauncey Gardner is an up and coming politician.  He has got the support of movers and shakers.  He is becoming a powerful beacon of hope with his analogies of growing gardens and spring.

And he is a complete idiot.

Not in a bad way, mind you.  He is one of the nicest, most polite people you will ever meet (and the most rounded character Peter Sellers ever created).  But he doesn’t know about analogies, economics, politics, or votes.  He has a charming charisma, one that makes you want to think that he is saying more than he is.  He is frankly not suited to rule a household, let alone a country, as wonderful as it is to spend time with him.
What he really likes to do is watch.  Watch TV.  His whole mindset is passive, allowing the world to pass over him, making no decisions except for the smallest changes that effects his garden, which is his sole responsibility. 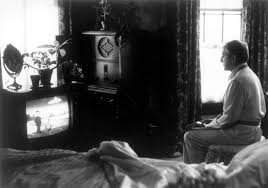 And yet as a society it is frequent that we want a charming person to lead us, rather than the smart one.  It is amazing that Being There was release in 1979, a year before Reagan was elected president, who was the most charming affable person anyone could meet, but perhaps not the smartest person to run a country.  I have nothing wrong with the man, but his cabinet was full of people who took advantage of their positions for selfish gain, and caused one difficulty after another.  Both Bill Clinton and George W. Bush followed in this model.  Pleasant people, wonderful with a crowd, but not necessary the brilliant leaders the country needed to rule the world.   Who trusted untrustworthy people.  Whose leadership was so weak that almost nothing got done.  Who made deep mistakes and still cannot see what was wrong with them.

Obama, for all his moral problems, at least is a smart, capable politician, a trend away from Chauncey Gardener.   But the trend is set.  Soon we will have another Chauncey Gardner, an incapable leader who is capable at sound bites, broad ideas, and repeating what he’s heard.

What makes Being There so great is that it doesn't smash you over the head like I just did with a political message.  It is clearly a comedy, and while it is not subtle, it doesn't talk about political problems, it just shows them.  And it is truly funny.  It allows the context just soak in, while it puts our affable Chauncey into one outlandish situation after another.

Being There wouldn't have been made except for Peter Sellers.  He wanted this film made, and he wanted to play the lead.  So it got done, no matter how many strings he had to pull.