My friend Alex recently wrote about pessimism in movie culture.   About how movies are all blockbusters or mindless fare, or that movies aren’t what they used to be in the 70’s or whatever.  Certainly these folks are out there.  People who decry the state of cinema or claim that film is dead.

The folks who watch films a few times a year couldn’t possibly understand what this means.  After all, they say, “look at the charts!  Movies are making more money than ever!  You can’t tell me that film is dead.” 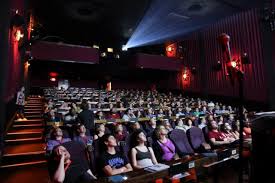 Let’s suppose that this occasional film watcher, or the one who will watch Star Trek: Into Darkness ten times this summer, decides to delve a little deeper.  Perhaps he--we’ll call him Dave-- goes out with his girlfriend to see The Master (wow, was she in for a surprise).  Suddenly, he realizes that there’s more to film than he had ever seen before.  Perhaps he gets caught by the beautiful portraits, or by the depth of characterization.  Perhaps he understands himself a little better, or the world around him.

After this, Dave seeks out different kinds of film.  At the recommendation of a friend, he might watch There Will Be Blood, another Paul Thomas Anderson film.  He is amazed.  He’d never seen a film like this before.  So intense, so thoughtful.  After that he might check out other artistic westerns like Unforgiven or The Assassination of Jesse James.  Maybe he’ll even delve into Dead Man.  He’s beginning to get some basics of how film works.

As Dave watches more in depth films, he might seem to be a little pretentious to his friends.  He differentiates between “movies” and “film.”  Perhaps he might throw the word “cinema” around.  Sure, he still likes the occasional summer blockbuster, but he’s a lot more picky.  Of the movies he watches, there are fewer he can talk about with his friends.  But he’s enjoying a broader array of film, which he enjoys.

As time goes on, Dave joins a movie club, and they introduce him to a variety of genres, and some of the vocabulary of film buffs.  He wants to explore the films of other decades, and of other nations.  After a number of years, he’s got more than a thousand films under his belt, and he is as knowledgeable about film as your average film student.  It is a complete world to him, and he can’t talk to his wife about it anymore, because it’s too far beyond her.  He listens to podcasts and reads books about film, and he gets together with his film club group to talk about his new passion on and actually be understood.

At one of these meetings, he hears a couple of his friends pontificate: 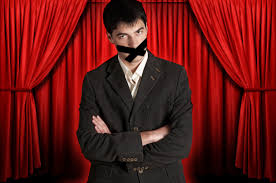 “Look at the garbage they are putting into theatres today.  Nothing like Apocalypse Now, that’s for sure.”

“I know.  All the studios are selling out, releasing one brain dead film after another.  Even the upper level of films are just pandering to the Oscar.  It’s all about fame and money.”

“Where is the art?  Why can’t they just give money to artists and let them create?  That’s where the real brilliance is.”

Now that Dave has watched so many films, he is tempted to agree with them.  The older films were better.  Movies were fresh then, less producer-controlled, more open to the unique artist.   He goes home and thinks about it.

And don’t let these film critics trick you into thinking you don’t like what you do. There's a lot of great Charlie Chaplain shorts.  You are still the guy who loves the Star Trek franchise.  Didn’t you just go in secret to watch the latest superhero film?  And wasn’t it the best one yet?  C’mon.  Be who you are.  Like what you like.  If your pretentious friends think that is too low class, that’s their problem.  They are the ones limiting film, not you.

And don’t go the other way, either.  Keep seeking out new film.  There are a lot of good films you still have to watch.  Seek out what sounds interesting, but don’t feel bad if you don’t watch it all.  There are bad art films out there, even ones that are highly praised.  There are ones you’ll really love, as well.   There are some really stupid Oscar-pandering films, but even the Oscars get it right sometimes.  Don’t let anyone else make your mind for you.

Dave, one more thing.  Don’t let movies take over your life like these guys.  Their particular brand of film has so blinded them, that they feel free to knock down other kinds of film.  They so need to get a life.  Perhaps they need to experience more of real life, which film is only an image of.  Perhaps if they saw more real sunsets they’d better appreciate the ones that are at the end of the “pandering” film.  Film is there to help us appreciate life better, and more life can help us appreciate art and film better.  Keep it balanced.

Now next week, Dave, go back there and tell them about how much you loved the latest superhero film.  Go ahead.  They’ll roll their eyes, perhaps even try to convince you at how wrong you are.  But maybe it will help them see that it’s okay to enjoy life once in a while.
Posted by Steve Kimes at 1:30 PM

Email ThisBlogThis!Share to TwitterShare to FacebookShare to Pinterest
Labels: Opinion