Summer Blockbusters, or Why Iron Man 3 is Better Than Inception

Summer movie blockbusters have been a tradition since 1975 when Jaws came out, and the tradition was solidified with the first Star Wars in 1977.  There have been some movement in the kinds of summer blockbusters.  There’s always been the monster flick (Jaws to Cloverfield), the science fiction flick (Star Wars to Looper), the Superhero flick (Superman to The Dark Knight Rises), the action flick (Raiders of the Lost Ark to the Pirates franchise), and the high-level comedy (Ghostbusters to… well, who could beat Ghostbusters?) and animated (from Little Mermaid to Brave).

A summer blockbuster has to be made for a lot of money (a hundred million dollars isn’t too much to ask, and it could be too little), is hugely promoted as an “event” and makes a lot of box office money (hopefully) and even more money in DVD sales and action dolls.

Summer blockbusters try to meet the entertainment needs of the broadest possible audience.  So it will include a lot of elements: laughs (good to have a well-known comic), action (need at least a couple ‘splodies), high stakes (life and death is preferable), surprise (plot twists if you can, but a good jump if nothing else), and visual spectacle (pretty colors and special effects).

Mix it up, and you’ve got your blockbuster. 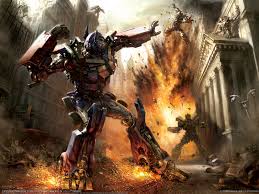 There are certainly some that are better than others.  I don’t know of anyone who has Cutthroat Island on their top list.  But a film being good or bad has nothing to do with sales.  Transformers: Revenge of the Fallen was pretty much panned by all critics, both professional and amateur, yet it grossed 836 million dollars worldwide, making it (currently) the 34th highest-grossing movie of all time.

I’ve often wondered why a movie that is so loudly disliked makes so much money.  This means that some people—heck, an awful LOT of people—liked this movie enough to not only like it, but watch it a number of times while it was still in the theatre.  Perhaps some of this is because of the visual spectacle, which is tough to repeat at home.  But some of it is because the likes and dislikes of the person who watches a number of films (e.g. critics) differs from the person who only watches a few movies a year.  But more on that another time.

There is also a discussion about what actually makes a summer blockbuster “good”.  We all recognize the genre that includes the elements I listed in the first few paragraphs.   But what makes a “good” one?

Recently, many people have pointed to the movie Inception as beginning a trend of blockbusters that are good, by which they mean “smart.”  Certainly with Inception there is a lot to take in, especially in the first half, and it is a visual feast.  It is a deeply complex world, with psychological insight, and with much of the mind-bendy stuff that I think is just wonderful.  (I’ve loved that ever since Winnie the Pooh and the Blustery Day turned the book sideways to get Tigger down from the tree.  Oh, sorry: Spoiler alert).

But frankly, for a person who is used to mind-bendy stuff, Inception was just okay.  They laid out the plot of the second half before you got there and didn’t divert from that outline.  Despite the difficulties to overcome, none of us really thought there was any real danger.  To me, the stakes just weren’t high enough, and despite the visual feast, it just wasn’t enough to keep me interested.  We’ve got exposition the first half and no new ideas in the second half, which just isn’t enough for someone who is used to Eternal Sunshine of the Spotless Mind.  This doesn’t mean that we don’t have smart summer blockbusters.  I think Nolan already made his smart summer blockbuster with The Dark Knight, a year before Inception.  While plot-wise it is a bit of a grab-bag, there are some great, thoughtful ideas and philosophical parables galore.

Other people like there to be solid, well rounded characters in their movies, and I have to say that these are hard to find in summer blockbusters.   As entertaining as Captain Jack Sparrow or Peter Venkman are, there isn’t any kind of a character arc, and their characters just have a few tricks that they keep us entertained by.  Usually the heroes and heroines of the summer blockbuster doesn’t have enough time to think, let alone develop as a character. But this is where Pixar has often given us an option.  Although often in a fantasy realm, Pixar gives us character development we can believe, notably Woody in Toy Story.  He turns from a jerk to a likable, sympathetic character that we are 100 percent behind by the end of the film.  Frankly, those toys are some of the most believable characters in movie history.

Another mark of an excellent summer blockbuster is a coherent plot.  All blockbusters have plots, but in the effort to stuff as much heart-racing, belly-laughs, and eye-popping in a couple hours or so as possible, the plot often becomes convoluted or just lost.  Occasionally a piece of a plot just gets dropped, as if the filmmakers forgot that it was there.

I think this is why Inception spends so much time on exposition, to help us keep the plot in mind amidst all the rolling and scene-changes.  The trend is to go to more complicated plots.  I could point to Pixar again, but people could say, “Well, those are kids movies.  They HAVE to make sense.”  Okay, I’m leaving that one alone.  But what about Back to the Future?  That’s a time travel movie that made sense to all of us.  Everything made sense, it was smart and had fun (if not deep) characters.   It was really entertaining, and it all made sense.  Classic plotting, really.

I know that most of you have gone through all this text and are saying: What about Iron Man 3?  Well, let’s see how Iron Man 3 goes on my scorecard of what the best summer movies include (mild spoilers below): 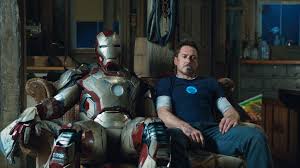 Plot:  7/9 Generally good, but there is a long section in the middle of Tennessee that we seemed to have forgotten why we were there, as the “discovery” in that place was just lost.

Character: 7/9  They really tried hard on this level.  They gave Tony Stark some PTSD, and some relationship troubles.  I wish they would give Gwyneth Paltrow more to do, because if she was given more depth they could hit it out of the park, I think.  On the other hand, the kid in Tennessee had a great rapport with Stark, and I’d love to see him come back into the franchise. 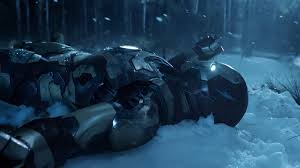 Smart: 5/7  Tony is smart, but here they are trying to make him out to be Bruce Willis more than the genius he was made out to be in the first Iron Man film.  Not that I mind, but it’s not an especially smart film.

Surprise: 10/10  Here is where I will disagree with a number of my friends who panned this film, I think.  I went into the film having missed the trailer and reviews—right where I like to be.  And I was surprised again and again.  There were a lot of twists and turns.  Sure, the army of robots wasn’t interesting, but they didn’t spend a lot of time on it in all the energy turning Tony Stark into a bare-fisted action hero.

Stakes: 8/10—Pretty high, in as much as they were believable.  A new kind of super power, in the hands of people with a seemingly endless bankroll.   Yeah, kind of scary.  And to see Stark face real danger was excellent.

Action: 8/10—The action is up and down.  Buildings explode, characters are in serious danger.  Frankly, I’d rank the action in this film as higher than the first two Iron Man films.

Overall, though, Iron Man 3 gave me what I wanted: entertainment.  Lots of laughs and surprises and I can forgive a couple missteps in the plot.  Frankly, I had a good time.  While I might expect something different from an art film or a smart sci-fi, I got more than I hoped for in a superhero film.

And that’s why I think Iron Man 3 is better than Inception.  Because, as a summer blockbuster, it was fun.  I smiled, I laughed, I was surprised.  I really enjoyed myself.  And that’s good enough.
Posted by Steve Kimes at 12:20 PM