Day 6: A Film That Reminds You of Somewhere 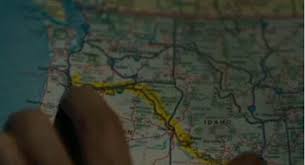 My chosen hometown is Portland, Oregon. It is a large city for the Pacific Northwest United States and it has the dubious honor of being home to the largest homeless community per capita. Although I love my hometown for many reasons, the film that is most placed in Portland is Wendy and Lucy, the story of a woman in transition who loses more than she can afford. The movie is filmed in Portland, and though my city is not named, I recognize almost every street and store. I also recognize the random acts of kindness (and unkindness) Wendy experiences.

Wendy in front of the Steel Bridge
Posted by Steve Kimes at 11:22 AM