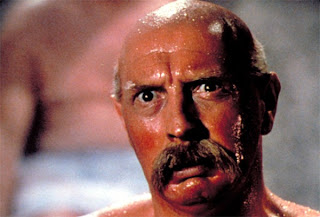 When we first see Major General Clive Wynne-Candy, he is outmaneuvered by a younger commander, who sees Major General Candy as a buffoon, much like the Colonel Blimp comic books the movie is named after.  He sees him as stuck in foolish traditions and policies, a glutton and simple-minded: unworthy to command any armed forces.   The Major General claims that the young lieutenant has no right to judge him for he knows nothing about him. 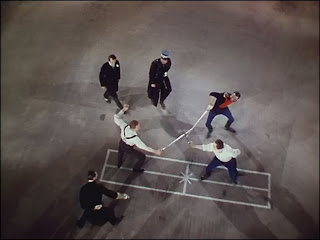 As the movie continues on in flashback, we find this is true.  Candy proved himself not only able, but noble through many armed conflicts.  His closest friend was a German enemy, and he proved his worth in his noble dealings with his life-long love.   “Colonel Blimp” was nothing of the kind, and his upstanding, often humorous life is given depth and power in this film.

How often do we judge people by one event, even by a glance?  How often do we see a shallow character, a narrow mind, a limited experience?  While there may be narrow minds, there are no shallow characters.  Every life has experience and power, nobility and weakness,  love and impatience.  We can judge no one, and for every weak or evil person, we must look deeper to find the nobility that lies there as well.

Fun Fact: Michael Powell and Emeric Pressburger, known as The Archers, were the directors of Colonel Blimp and they directed almost 20 films together, the best of which were completely iconic and the storytelling unique.  Among their films are The Red Shoes, Black Narcissus, A Matter of Life and Death and A Canterbury Tale.  I recommend them all.
Posted by Steve Kimes at 11:18 AM