Absolutely No Theme To This Group of Reviews

I've just started listening to Kermode and Mayo's Film Reviews and am impress how many reviews they can punch out in such a short period of time.  I do this myself, but not as entertainingly as them.  Still, let's talk about the films I've seen this last week:

Do all the situps you want-- the film won't get tighter
Limitless (2011)
Lots of irritating edits, a meandering plot that doesn't go anywhere and the moral seems to be that if you're the smartest person in the universe, you can become rich, powerful and eff off anyone you want. Still some nice tension, sometimes. Mostly forgettable.  3/5

Kidman and Eckhart looking delightfully normal
Rabbit Hole (2010)
Amazing performances.  I don't think I've ever seen Kidman or Eckhart has ever given more realistic performances.  Every time I see them I know they are acting-- but not here.  It was wonderful to see them become these troubled characters.   The pacing and arc is almost perfect.  But still, the movie seemed pretty small.  We didn't see their anguish just after the death, we only see the grieving and the process their marriage goes through when it is subtle and seemingly without an end.  Brilliant, but I just didn't care enough, I guess.  Perhaps I should have.  Should I feel guilt about not caring enough?  4/5

Human existence is shocking-- even eating!

Life In a Day (2011)
This is the obvious choice for the winner of "Top Five films To Show To An Alien".  If you want to know about humanity, here it is.  It's all real, all ordinary and yet, somehow, extraordinary at the same time.  It is beautiful and disturbing, shocking and touching, dull and busy.  In the end, I felt that I spent an hour and a half watching cool videos on You Tube.  Lots of interesting stuff, but I don't know that any of it will stick with me next week.  4/5 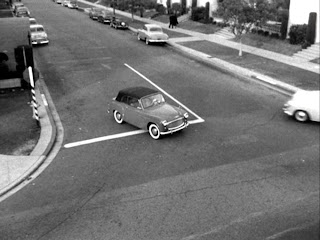 Witness to Murder (1954)
I watched this for Noirvember, but I was so tired on Nov 30, I finished the film in December.  Me falling asleep wasn't the fault of the film, though.  It was so much fun.  Barbara Stanwyck as a woman who witnesses a murder (in the first minute of the film!)  She turns all Rear Window on us, but with way more doubts than Jimmy Stewart.  George Sanders (Shere Khan!) is the killer who is causing doubts upon her sanity, both with the police and with herself!  There's some great points about feminism here (like when the policewoman is chasing the killer and then suddenly disappears so the MALE detective can fight with him!), and some Hitchcockian turns (but Vertigo is a few years later).  Still, great film.  4/5 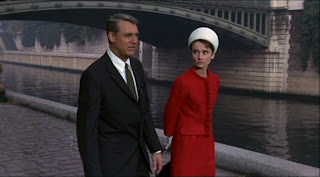 Charade (1963)
This is not a thriller, in my mind, but a comedy.  Cary and Aubry just keep the sit com rolling and I haven't laughed out loud at a film for a while.  Just for fun, James Coburn, Walter Mattheau, and George Kennedy are there as the clueless bad guys.  My favorite bit is where the boy goes up to James Coburn and asks if he is a cowboy, like in the movies.  The film is so busy having fun, I don't care if the plot is a little confusing or the end doesn't make any sense.  It's like most Bond films-- the joy is in the journey.  4/5

By the way, all of these films can be watched on Netflix Instant, so if you have Netflix, you have no excuse.  And, yes, I do rate a lot of movies something other than a 4, it just happened to be a particularly good week for film.  My chooser ain't broken yet!
Posted by Steve Kimes at 9:09 PM