Technical—5/5--Never have I been more disappointed at not seeing a film on the big screen.  How I wish to have seen such magnificent beauty writ en large.  I wished to have heard the swelling of the music in contrast to the usual quietness of most scenes.

Interest—5/5—The main reason I hesitated to watch The New World is that the story of Pocahontas has been done so badly for so long.  I have read her history and am disappointed at John Smith’s fantasies being played out, and I cannot forget that Pocahontas was, at most, 12 (probably 9) when his fiction took place.  It is true, Malick takes some (okay, a lot) historical license here, but the end of the story is accurate, so I forgive all.  Some would say that the film is slow, even boring.  What is there to be bored about?  This film was crafted perfectly.  The beauty, the romance, the sorrow, the action, the final scenes—everything is fascinating and perfect.

Tension—4/5—The movie really is slower paced, which can reduce tension.  But Malick uses that pace to help us feel  the tension between the father and the daughter, to sense Pocahontas’ conflict within herself, who loves both the English and the Native.   Only Kubrick could have done better.

Emotional—5/5—It took a while for the emotional impact to hit me.  At first I was very critical of the film.  Pocahontas is too old, her relationship with Smith is too direct… blah, blah, blah.  But Malek won me over by sheer majesty of presentation and storytelling.  Although everyone is quiet (what is it with the constant whispering?), the emotional weight is communicated perfectly.  We know what all of the main characters are going through and experience with them their sorrow and pain.  I know, that is what a movie is supposed to do, but it so rarely happens so perfectly.

Characters—5/5—The actors all did a magnificent job.  Everyone was perfect.  But I want to give credit where credit is due and that is probably to Terrance Malick.  Never have I seen Colin Farrell or Christian Bale give a better performance.  Never have I seen them act with such emotional power, yet with speaking so few words.   They showed it, they carried it, and it had to be because Malick was directing.  Unless they were inspired by the trees.

Theme—5/5—True love.  What is love, really?  Is it a youthful passion?  Is it a committed relationship?  Is it found with the dangerous, powerful man that can be tamed?  Or with the kind man that loves you more than you love yourself?  While not denying any kind of love, it speaks to the lasting power of one.

Ethics—5/5—The saying goes, “All is fair in love and war”, yet we know just how untrue that is.  There are ethical limits to war but especially to love.  Perhaps the rules of love are unique to each relationship, nevertheless they are there.  What constitutes a marriage, what is unfaithfulness? When hurt increases, so do the ethical principles.  Although the ethical situation in this film is unique, it speaks to the limitations of love in all contexts.

Personal—5/5—One thing I loved about the film that I haven’t mentioned yet is the focus on courtship.  Most films spend time on how a couple meet and fall in love then move quickly to sex or even a wedding—some sort of consummation.  Here, in both relationships that are depicted, the focus is less on the falling in love as on how the couple spends time together, the joys they have with each other apart from orgasm.  This is much more realistic and romantic and makes me reflect on my own “romantic period”. 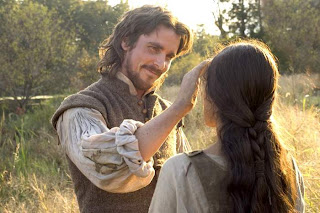 I am stunned.  Stunned, I tell you. This is one of the finest crafted films ever made, and full of power and emotion.  How can I not put it on my top 100?
Posted by Steve Kimes at 7:26 PM

Email ThisBlogThis!Share to TwitterShare to FacebookShare to Pinterest
Labels: Top 100