Day 28 - The Most Obscure Film You've Ever Seen

Northfork is petty high on the list of obscure films.  But let me ask you: Have YOU seen it?  James Woods?  Yeah, I didn’t think so.  And if you did, did you remember it?  Did it strike you at all? 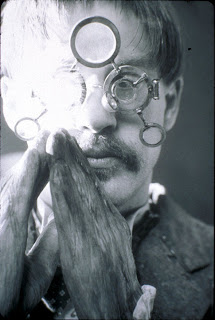 Northfork is about some angels.  And a flood.  And some people.  There’s a plot, but it’s pretty tricky to figure out.  A lot of people just shake their heads, not bothering to understand it.  But Northfork is a film you have to watch twice.  That’s what I did.  Right in a row.  I watched it, then started it up right again. Because it didn’t make sense, but there was something there… and the second time I got it.  Ah, what satisfaction to get the film the second time around.  Yeah… good times.
Posted by Steve Kimes at 6:32 PM